The publication of the US’ secret intelligence documents on the CIA covert operations in Tibet back in 1998 came like a clap of thunder in a clear sky. The declassified memoranda shed light on Washington’s interference on China’s domestic affairs since the later 1950s and the Dalai Lama’s cooperation with the CIA.

The controversy sparked recently by US President-elect Donald Trump’s tough remarks regarding the “One China” policy and the rumors of his potential meeting with the 14th Dalai Lama has turned the spotlight on the US-China relationship.However, Trump’s move has come as no surprise given Washington’s long record of covert activities aimed against Beijing.

In the end of the 1990s the US State Department declassified and published a set of documents on Washington’s foreign policy toward Tibet — the People’s Republic of China’s autonomous region.

Among diplomatic correspondence and reports a curious document was discovered —a secret memorandum written by the US State Department on January 9, 1964 and intended for the Special Activities Division (SAD), CIA.

The document in question contained political and practical recommendations for the support of Tibetan separatists and the Dalai Lama — the region’s political and spiritual leader.

Speaking to Sputnik Chinese, Russian historian and publicist Dmitry Verkhoturov shed light on the forgotten story of the CIA’s interference in China’s domestic affairs back in the 1960s.

Verkhoturov calls attention to the fact that although the memorandum looks like a pretty standard document, the draft budget for the financial support of Tibetan separatists for FY 1964, attached to the memorandum, deserves special attention.

According to the attachment, total budgetary requirements amounted to $1,735,000. Of these, a large sum of money was intended for training and support of Tibetan fighters: “support of 2,100 Tibetan guerrillas based in Nepal-$ 500,000”; “expenses of covert training site in [Camp Hale] Colorado-$ 400,000”; “black [illegal] air transportation of Tibetan trainees from Colorado to India-$ 185,000.”

At the same time, the draft budget read that the US State Department allocated $180,000 as a subsidy to the 14th Dalai Lama, who lived in exile in India following the Tibetan Uprising of 1959.

The publication of the declassified historical documents prompted a great deal of confusion among the Dalai Lama’s supporters, discouraged by the fact that their spiritual leader took money from the CIA.

“For much of the 1960s, the CIA provided the Tibetan exile movement with $1.7 million a year for operations against China, including an annual subsidy of $180,000 for the Dalai Lama, according to newly released US intelligence documents,” Los Angeles Times reportedon September 15, 1998.

“The documents, published last month by the State Department, illustrate the historical background of the situation in Tibet today, in which China continues to accuse the Dalai Lama of being an agent of foreign forces seeking to separate Tibet from China,” the media outlet added. 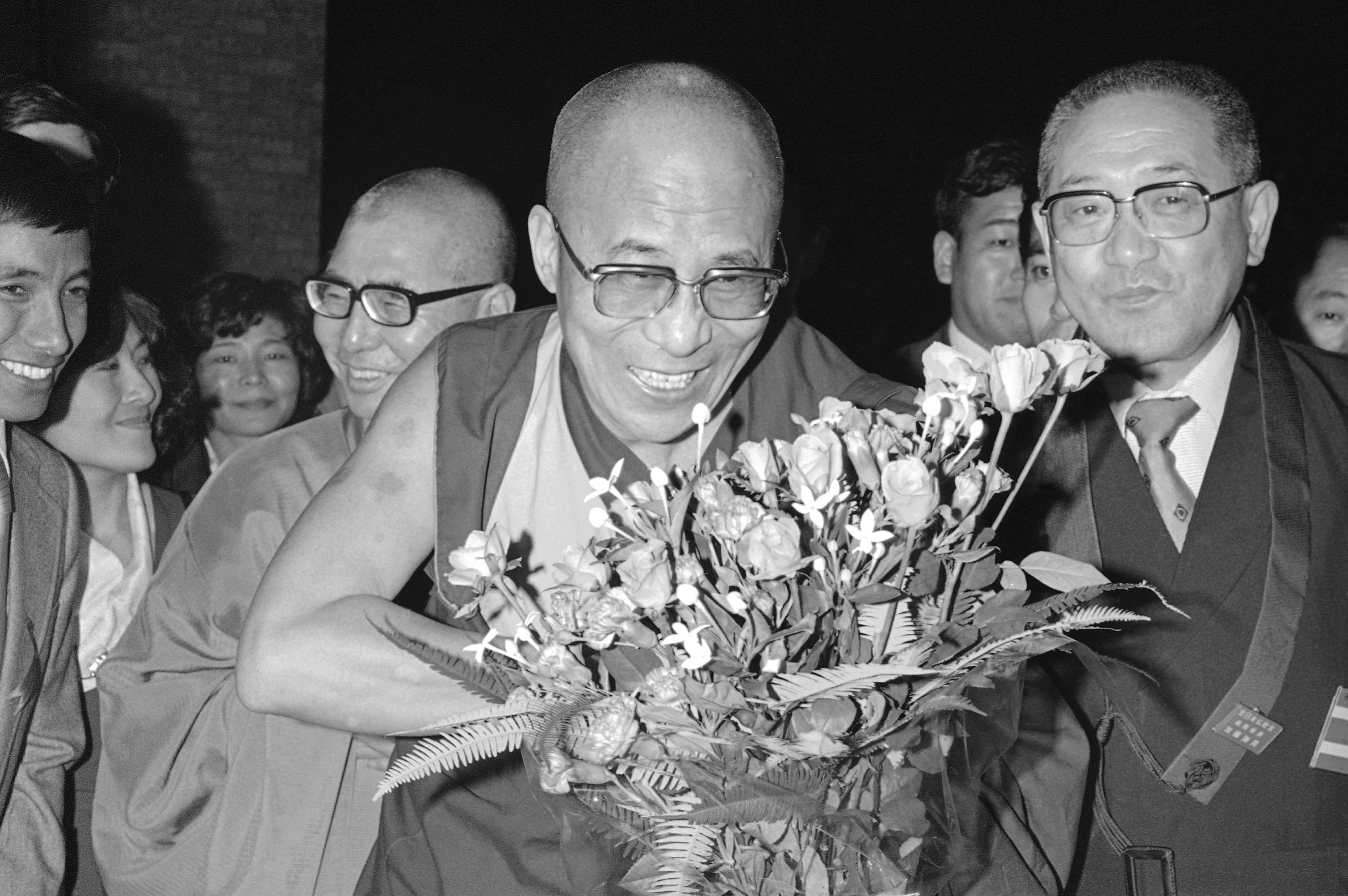 To “dispel” the Dalai Lama supporters’ doubts, the representatives of the Tibetan leader claimed in an interview with The New York Times on October 2, 1998 that “the subsidy earmarked for the Dalai Lama was spent on setting up offices in Geneva and New York and on international lobbying.”

However, the devil is in the detail.Verkhoturov emphasizes that the denial was intended for those unfamiliar with the documents and facts. The documents say that in 1963 the CIA allocated considerable funds for the Dalai Lama’s entourage in Dharamsala, India, where his residence was located. There were no offices at Geneva and New York at the time.

Furthermore, soon the role of the CIA in the 1959 Tibetan Uprising and the formation of the government in exile also surfaced.

The US government viewed Tibet as a potential bulwark against China since 1949, when Chinese Communist leader Mao Zedong declared the creation of the People’s Republic of China (PRC). 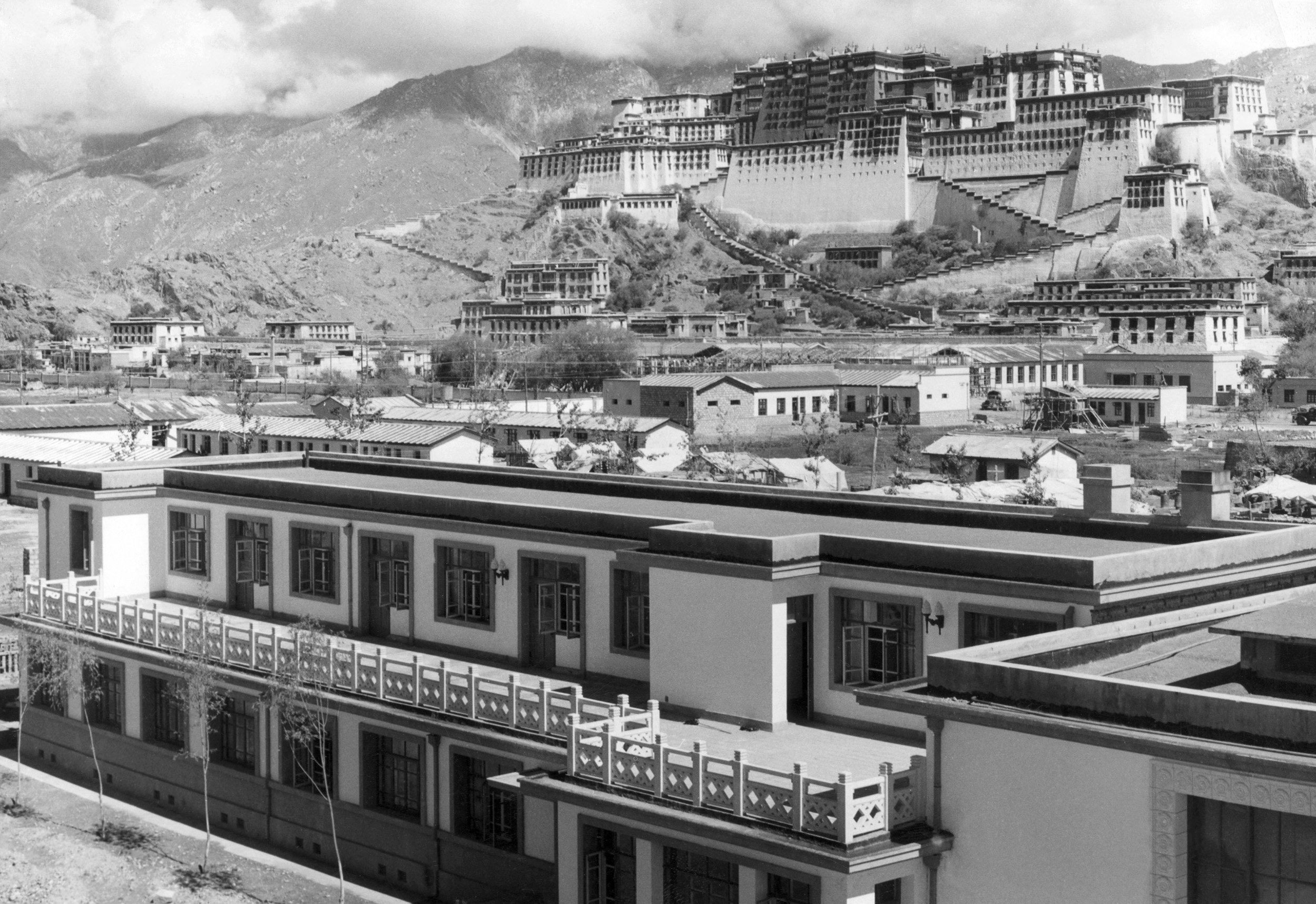 © AFP 2017/ JU SHUI-CHU / XIHNUA
A picture released by Chinese official news agency in August 1965 with a caption saying: “New buildings are going up at the foot of the Potala Palace (in the background, the former home of the Dalai Lama) in Lhasa

According to Memorandum for the 303 Committee (1968), the so-called CIA Tibetan program was partially initiated in 1956 “with the cognizance of the Committee, is based on US Government commitments made to the Dalai Lama in 1951 and 1956.”

“The program consists of political action, propaganda, paramilitary and intelligence operations, appropriately coordinated with and supported by [less than 1 line of source text not declassified],” the document read.

The declassified memorandum stated that in September 1958 the 303 Committee approved the “CIA covert support to Tibetan resistance” — just a year before the all-out uprising in the region erupted.According to the publicist, the Dalai Lama’s exile opened the door to the CIA’s covert program aimed at recruiting and training the Tibetan leader’s followers and supporters in reconnaissance operations, sabotage, guerilla tactics, data encoding and radio operator skills. According to some estimates, about 170-240 Tibetans had undergone this special training.

Verkhoturov believes that this spy activity could have targeted China’s nuclear program and the country’s first nuclear tests on October 16, 1964.

However, China’s Cultural Revolution — a sociopolitical movement that took place in the People’s Republic of China from 1966 until 1976 — dealt a heavy blow to the Tibetan spy network and eventually brought an end to the espionage activity in the region.

According to Jonathan Mirsky, a historian of China, the CIA program finally ended with President Richard Nixon’s visit to China in 1972.

Still, in the early 1970s the CIA continued to allocate funds directly to the Dalai Lama, however, the amount of these subsidies remains shrouded in secrecy.

“In 1999, I asked the Dalai Lama if the CIA operation had been harmful for Tibet,” Mirsky wrote in 2013, ‘Yes, that is true,’ he replied. The intervention was harmful, he suggested, because it was primarily aimed at serving American interests rather than helping the Tibetans in any lasting way. ‘Once the American policy toward China changed, they stopped their help,’ he told me, ‘Otherwise our struggle could have gone on’.”